CAPTURING THE MILAN'S BEAUTIES THROUGH SOLAR ENGRAVING WITH FEBO

If you ever think of Italy, we are sure some of the first things will cross your mind are the food, the art, the warm weather. Having our studio in Milan, we are lucky enough to get many sunny days to engrave with Febo. All of this, while enjoying a pizza from time to time of course!

We love engraving outdoors in Milan with Febo, as this ancient city is full of inspiration for our pyrography projects. That’s why we’d like spreading a bit of the Italian sun with our community of Febo lovers. By getting a glimpse of the Italian “dolce vita” we’d like to encourage you to go out explore the beauties that surrounds you.

A walk through the Milan beauties 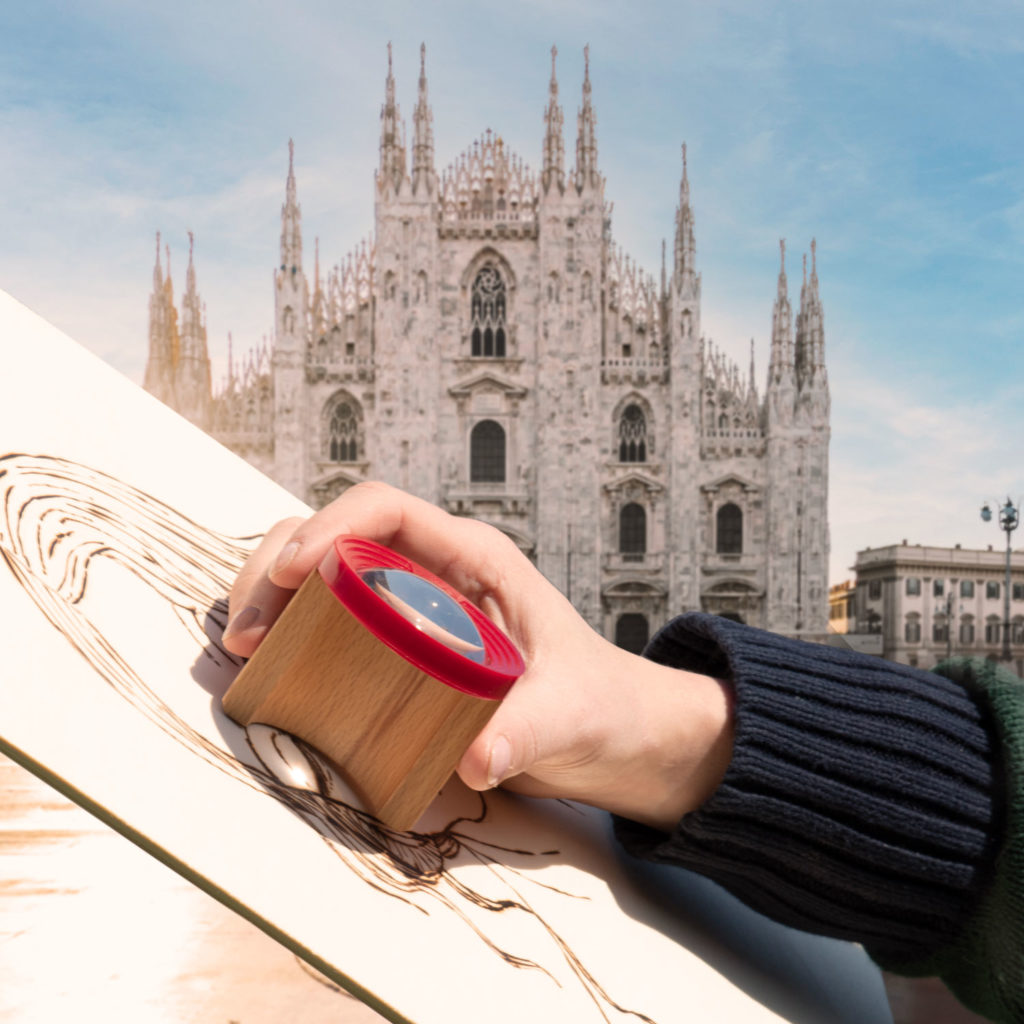 Milan is is a city where history has stratified through the centuries. Originally, it was founded around the 600 BC as a settlement by the Insubres Celts. Since then, the city welcomed kings and politicians, great artists and architects, inventors and businessmen. That’s why Milan is a city overflowing with creativity, expressed through timeless monuments and works of art and design.

Walking through Milan you’ll stumble across many  ancient buildings that will leave you breathless. For example, the white marbles of the gothic Milan Cathedral; the Sforza castle immersed in the green of Sempione Park; or the XIX century Vittorio Emanuele Gallery.

We found a peaceful spot to rest in front of Santa Maria delle Grazie church, where the Da Vinci’s Last Supper is located. Ravished by the Renaissance beauty of the place we started engraving with Febo a portrait inspired by Leonardo’s drawings. 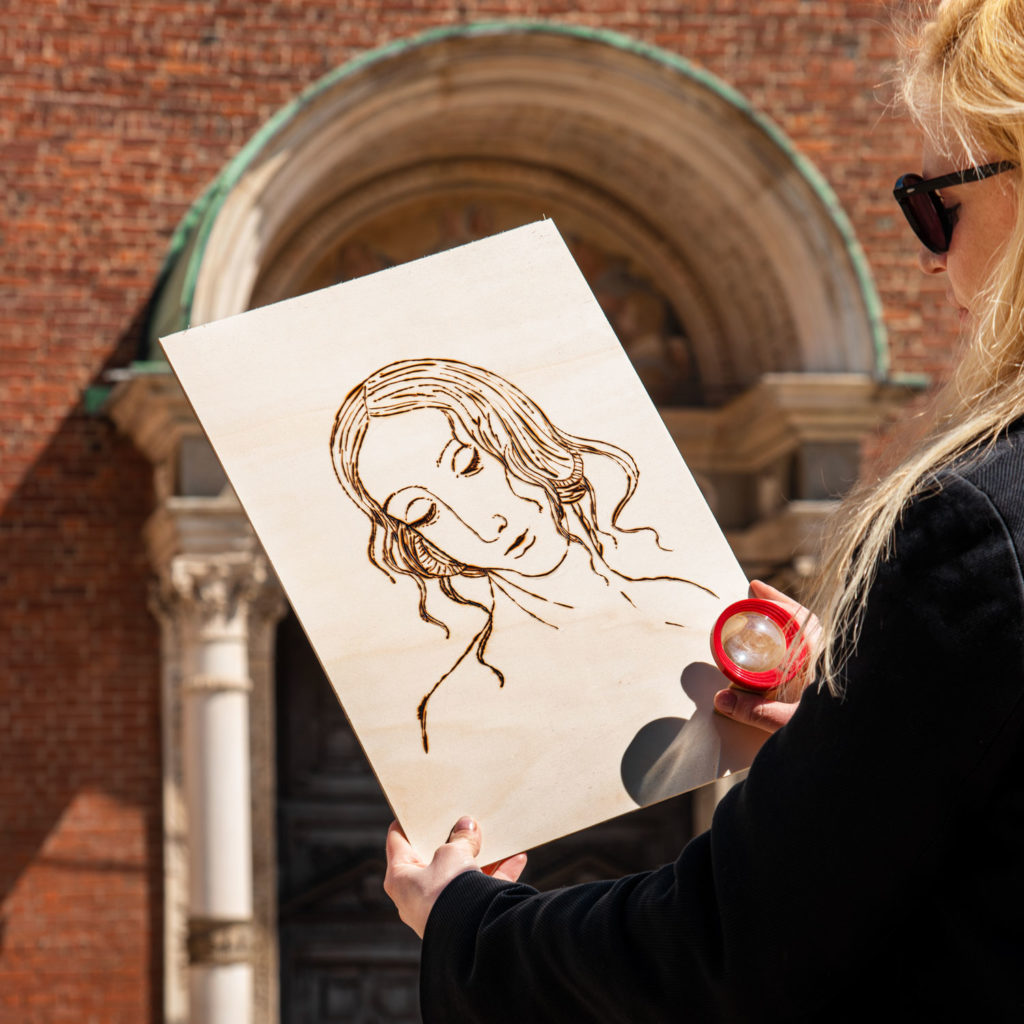 There is something truly special in making art outdoors, especially in Milan. The sunlight caresses your skin, bicycles and Vespas cross the paved streets of the city centre, people are chatting while enjoying an aperitivo outdoors. For sure, engraving in the open air, while being part of the Italian lifestyle is something we recommend to anyone.

In fact, with Febo there is no need to stay closed in a room to create when the sun is shining. You can make art anywhere outdoors during a sunny day, getting creative inputs from what we see around. For example, some of the greatest artists in modern history painted in the open air. They did so in order to gather inspiration and more realistically depict the sunlight as it fell on rolling hills and breezy fields. For sure, practicing solar pyrography with Febo is the ideal way to find inspiration from the beauty of an ancient city like Milan or from a natural landscape.

Febo: a product of Italian creativity 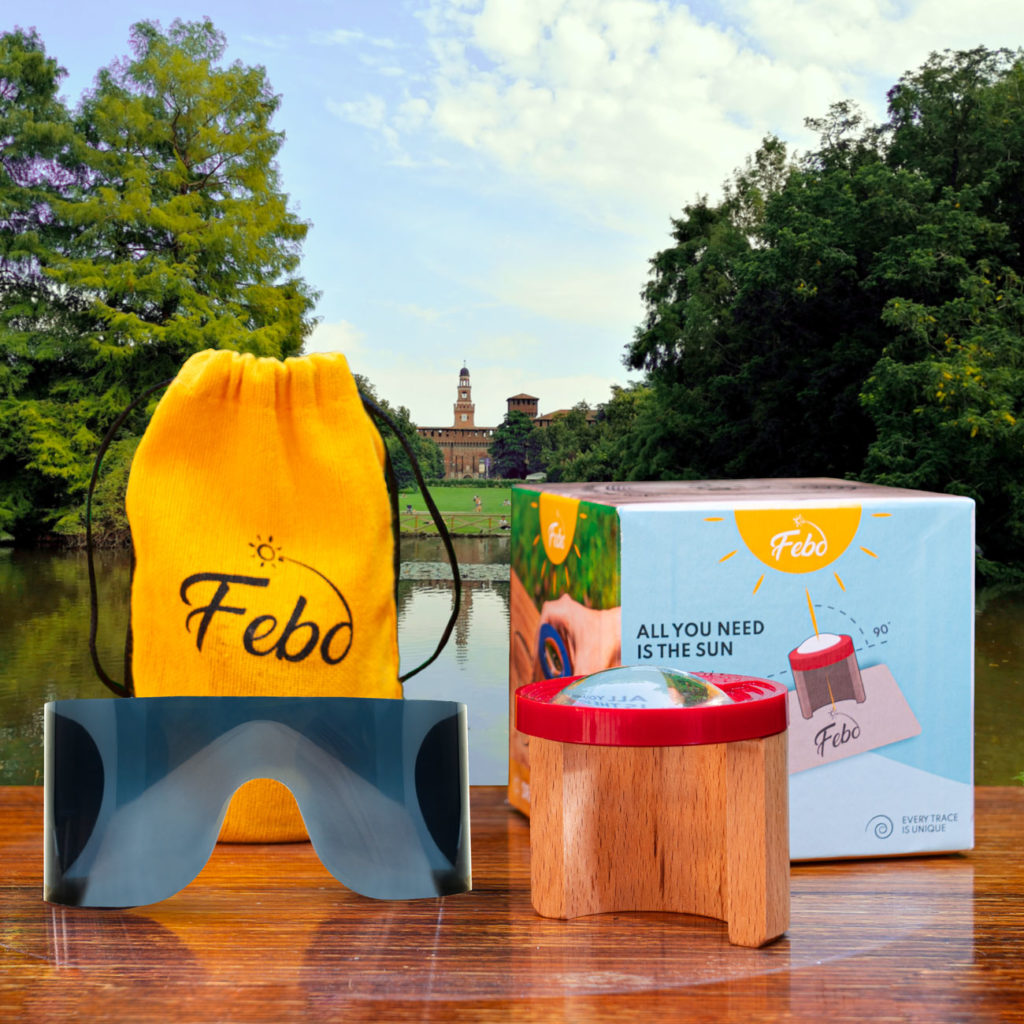 Febo itself is a product 100% made in Italian, as it was conceived by three students attending the Design University in Milan. Certainly, this makes Febo an example of how a simple idea can become a successful project when mixing creativity, passion and know-how.

In fact, we decided to keep the Febo’s production at the feet of the Italian Alps. Here, expert wood workers manually craft each Febo, keeping flourishing the old-age tradition of Italian craftsmanship. Moreover, we care of using sustainably sourced materials. In this way we can be sure of ethically produce an object of high quality and that will last long. In conclusion, we are proud to say Febo is a little work of art itself! 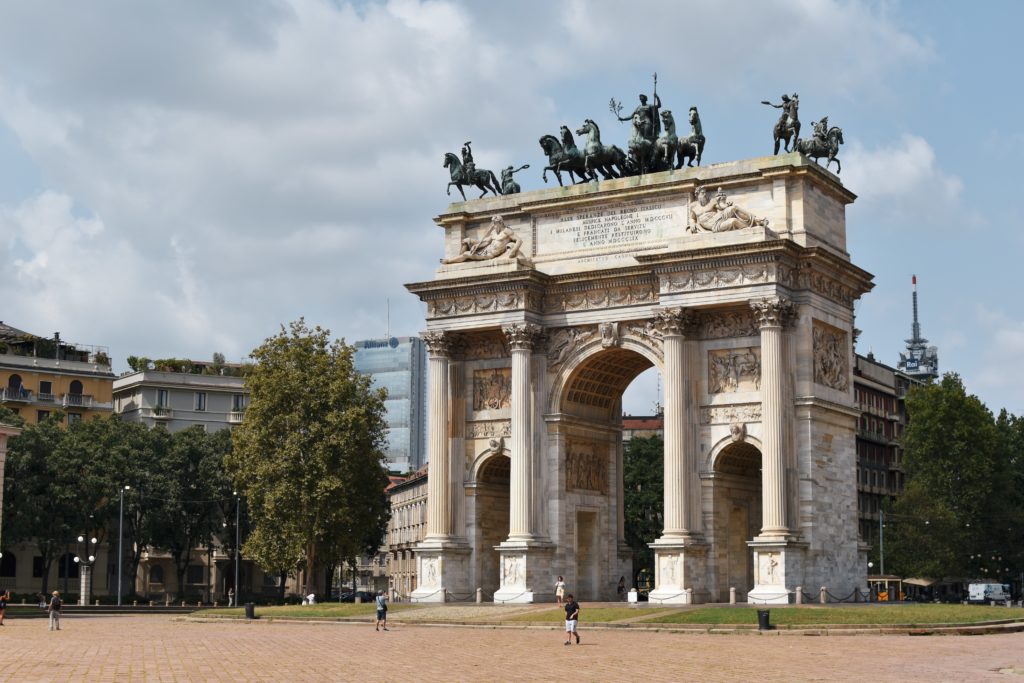 Engraving in Milan with Febo is always an occasion for us to see the city through a different lens. Of course, exploring a city or natural landscape can become an occasion to fill our life with creativity and memorable experiences.  Try to capture the essence of the places you love the most and delve into their beauty! With Febo you can develop your pyrography projects in the open air like the greatest modern artists. 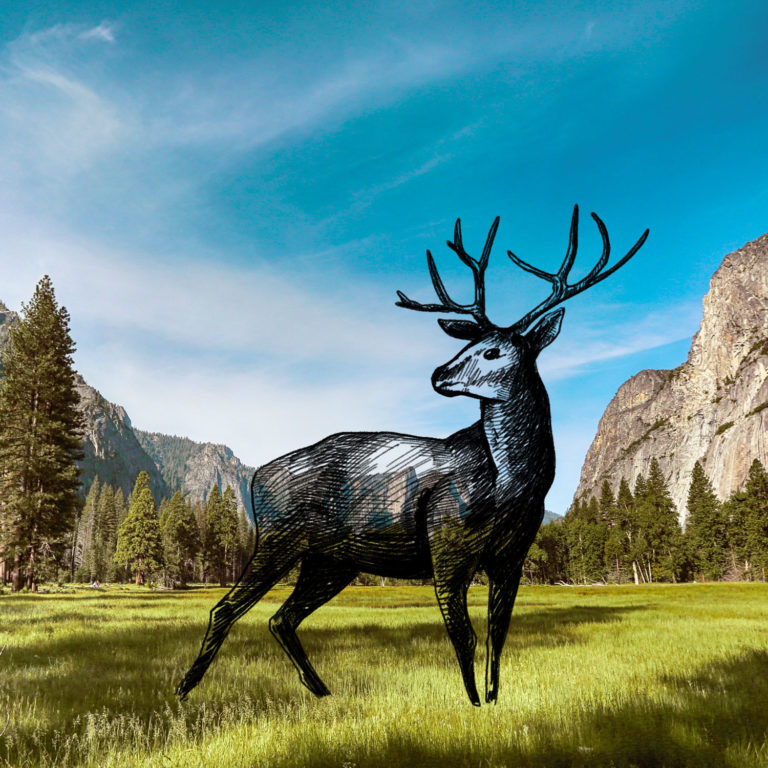 Discover the US National Parks! Set off to a journey through some of the most beautiful natural areas in the country. 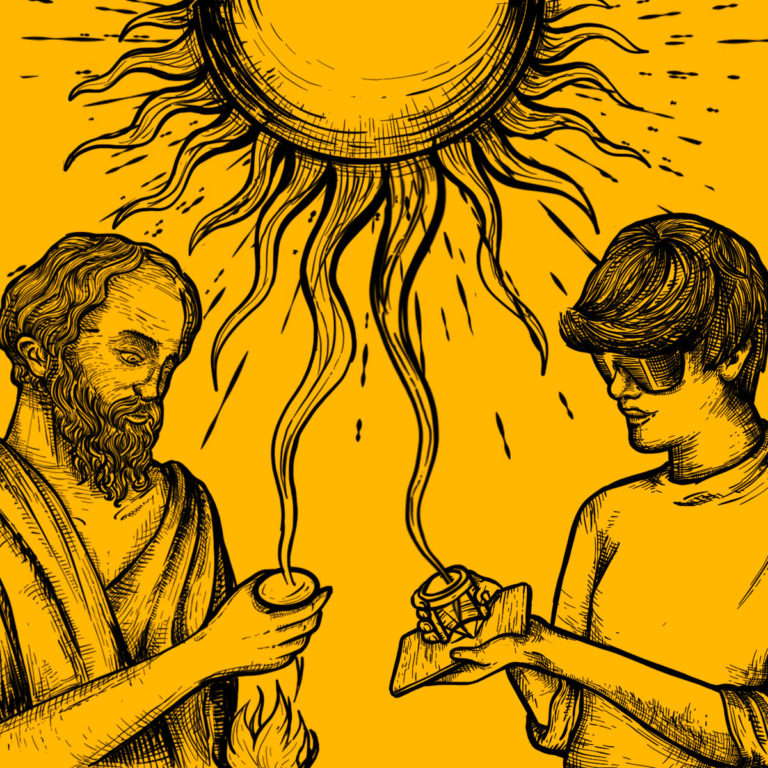 Magnifying glasses have been used since the dawn of time for multiple purpose. Read their millenary use as tools to burn or carve! 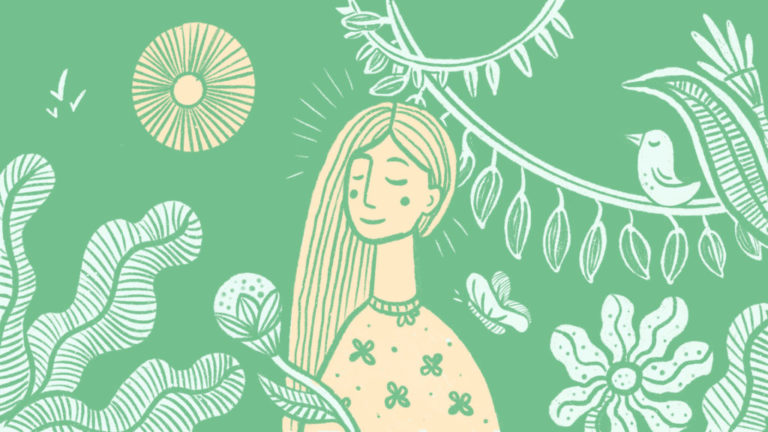 Why is nature so beneficial to our bodies and minds? Discover how spending time outdoors helps us living a healthier, happier life.